“Architecture is my first love, if you want to talk about what moves me… the ordering of space, the visual pleasure, architecture’s power to construct our days and nights,” said Barbara Kruger.  Irish Artist Damien McGinley exemplifies this understanding of inspiration through his cityscape canvases, capturing the hustle and bustle of city streets. The alternately muted and bright colours mixed with the architecture and atmosphere make the city itself the central character and letting it stand tall. Working with the overall feeling of urban centres and the people who inhabit them, Mr. McGinley orchestrates a visual synthesis of mixed media painting, energizing his canvases with an exciting chromatic syntax.

Mr. McGinley’s swirling galaxies of colour are powerfully undiluted and remarkably unfiltered. The vortex of his kaleidoscopic colour wheel exuberantly recreates reality with a rhythmic energetic essence as he conjures a rich mood that is abstract and visceral, and indicative of being in a city. Colour and light fuse to create a fantasy that reflects the reality of it all, something that is idealized and yet still rings true to the vivaciousness and raw power the city has. With colour as the catalyst and central element of his oeuvre, Mr. McGinley successfully synthesizes electrifying colour, form and emotion, which sweep through his canvases resulting in a cornucopia of mesmerizing aesthetic beauty. Boundless energy and vitalizing spirituality emblematize his art and his imprimatur of saturated spectrum of hues and luscious tones; metamorphose with an emotive format.

Through multidimensional fragmentation of his compositions, Mr. McGinley seamlessly integrates figures into the urban environments of his compositions. Alternately including large crowds that blend into the horizon lines of his cities and portraying central figures, Mr. McGinley thoughtfully places equal importance of the cities he is depicting and the citizens who live in them. With abstracted point of views such as strong shape segmentations through his collage technique and the illusion of a fish-eye lens perspective, Mr. McGinley presents scenes that are familiar and iconic, such as skyscrapers and yellow taxis, while simultaneously being re-imagined and fresh. With his deep and demonstrated love of the city, architecture, and ambiance, Damien McGinley lovingly renders different scenes in an array of colours, showing us his vision of the city that never sleeps.

Damien McGinley’s cityscape canvases exude life and painterly technique that captures the atmosphere and rush of being in the big city. Celebrated internationally, award winning Damien McGinley has been the recipient of the Culture Ireland Exhibitions Award, the Irish Embassy Award, and the English Arts Council Exhibition Award. Mr. McGinley’s magical cityscapes have graced collections and galleries across the world and the Amsterdam Whitney Gallery is proud to be among them to shine a spotlight on this contemporary master. 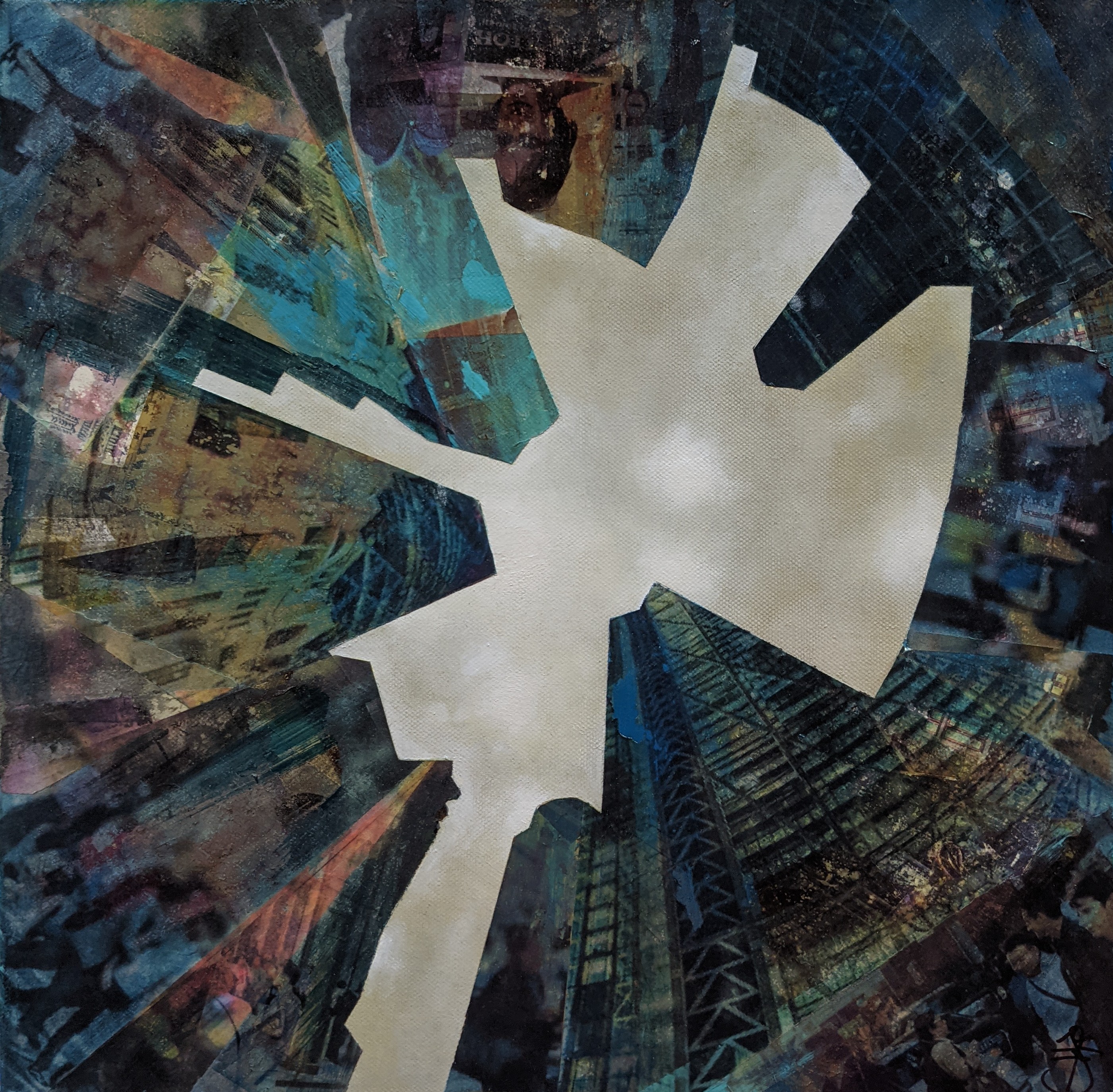