Born in Armagh in 1941, JB Vallely is one of Ireland’s foremost painters. First encouraged to paint by his father, he attended night painting classes with him as a teenager and held the first public exhibition of his work in 1958. A year later he enrolled at the Belfast College of Art and later studied at the Edinburgh College of Art. His work was soon recognised by art critic Kenneth Jamieson who described him as ‘a student of considerable promise’ and in 1963 eight of his works were included in the New York World Fair. Soon after this JB Vallely embarked on a tour of Spain and Morocco where he immersed himself in the music, religious festivals and culture of those Mediterranean communities.

A keen musician, JB Vallely founded the Armagh Pipers Club in 1966 and is today heavily involved with the Armagh Athletics Club. These pursuits are often portrayed in his works with fiddlers, pipers and football players making a regular appearance. Using palette knives and thick, energetic brushstrokes JB Vallely has the ability to create a lively atmosphere which symbolises the spirited characteristics of the subject matter.

With over forty solo exhibitions spanning his career to -date, the paintings of JB Vallely appear in the collections of major galleries and universities in over thirteen countries.

“The work in this exhibition revisits some of the themes that have absorbed my interest for decades. I’ve always been interested in and played and taught Irish traditional music and I’ve also been involved all my life in athletics. Last year with all the focus on the Olympic Games I began to think about the great Irish tradition of weight throwing and the great athletes from Ireland – often competing for the USA – who dominated Olympic weight throwing without a break from 1896 right up to 1932. Arising from this I painted a series of about 30 paintings celebrating Irish weight throwing. I have included a couple in this show. Armagh and Cork share an Irish traditional sport called ‘bullet throwing’ in Armagh and ‘Road Bowling’ in Cork and the sport has provided me with inspiration for over 50 years.” JB Vallely 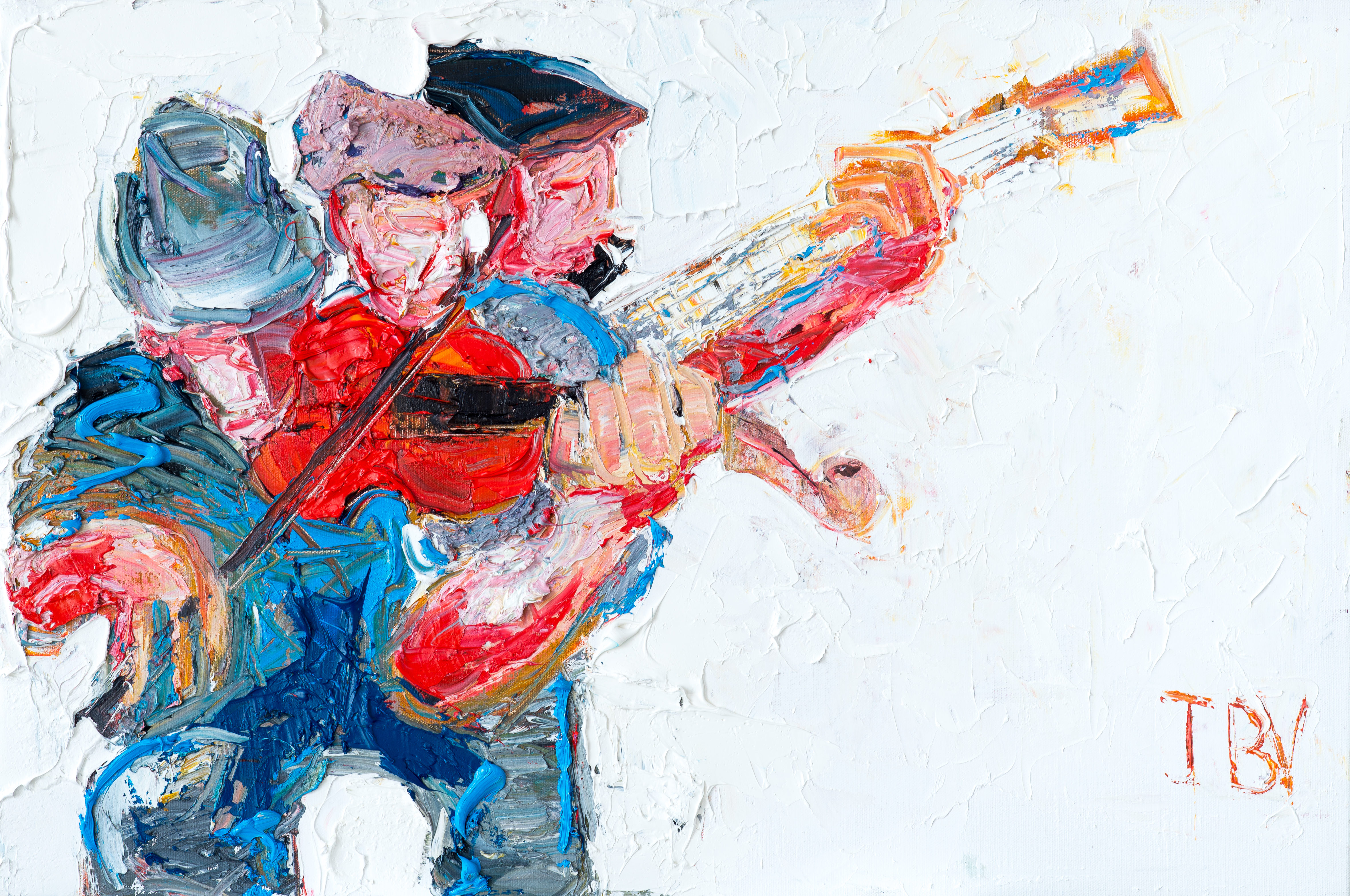